News
You are here: Home1 / News2 / Articles3 / How M2M Rollout led to a big Productivity Boost for one Ontario Manufa...

When Ryan Bishop took on his new job as operations manager at Carleton Place, Ont.-based Rose Integration in the summer of 2010 he had a plan on how to keep tabs on the manufacturer’s shop floor productivity – every hour the machine operators would write the number of parts they made on a white board and the foreman would photograph the numbers and type them into a spreadsheet.

It was a decent attempt at tracking efficiency, but there were a few problems that left Bishop unsatisfied. Writing the numbers down took time out of the operators’ machining and they weren’t always good at keeping an accurate count. It was time consuming to tabulate the data, and the report had this small defence and aerospace manufacturer stuck looking in the past.

“It allowed me to look at our problems but not to react to them,” he says. “It’d usually end up that we’d wrap up a project and then look back and realize we’d lost money on it.”

Then Bishop took note of six machines on the shop floor connected to a system provided by Burlington, Ont.-based Memex Automation that were automatically relaying the same productivity information in realtime with no human actions required. He ordered a project to rollout the Memex Overall Equipment Effectiveness system to all 30 of Rose’s machines over a one week period, shutting each machine down for a couple of hours in order for it to be plugged into the automated system. Then he deployed a Windows 7-based tablet to each team leader to use to monitor the dashboard generated by data from the system. Since then, Rose has seen a 25 per cent improvement on its shop floor efficiency – pushing through more products on the same number of machines with the same worker hours, which can mean the difference between making a profit or taking a loss in a small manufacturing environment.

“It allows us to figure out what issues we’re having and be able to resolve them,” Bishop says. “They can open up that machine and find out why that machine is down.”

Founded in 1992, Memex Automation is an example of how machine-to-machine (M2M) communications are having an impact on the manufacturing world. A type of manufacturing execution system, Memex is part of a class of automation solutions that eliminate paper-based work order processes and the steps needed to fix equipment and get it running again. What gives Memex its competitive edge is its Universal Machine Interface that allows it to receive signals from every machine on the shop floor, regardless of whether it includes Ethernet connectivity.

“I take every signal I can get off that machine that tells me if it’s running and if it’s not, why it’s not,” says David McPhail, CEO of Memex Automation. “We walk into a plant full of equipment and we don’t care about the vintage, the type, the model, we can connect to it.”

Where Memex can’t interpret why a machine has stopped automatically, it sets up a touchscreen terminal that allows the worker to simply tap one reason from a predefined list of all the potential reasons. From there, all the information is fed into Merlin, Memex’s dashboard software that puts all the data in context. Currently available in both on-premises models and software as a service (SaaS), Merlin creates the proverbial blinking red light that lets managers know there’s a problem.

Once plant managers like Bishop gain that visibility, it’s up to them to take action on correcting the problems to improve the efficiency. That’s not an issue for Bishop.

“I was able to determine from the starts and stops of a machine that an employee was taking too many breaks and extended breaks,” he says. “I was able to confront him with it.”

In fact, Memex has become Bishop’s new night supervisor. He has alerts sent to his phone if a machine is seeing too much down time. Then he can call in to inquire about why that’s happening and get his workers back on track.

Rose Integration’s case study has been documented in a Memex Automation video:

Memex Automation’s solution is being sold beyond its own back yard. The company went public in November, trading on the Toronto Venture Exchange and it has customers across Canada, Europe, the U.S. and the Middle East. It’s also formed a partnership with Microsoft Corp. because Merlin can be integrated directly into enterprise resource planning (ERP) software Microsoft Dynamics AX. Microsoft recommends Memex to its manufacturing clients in need of an execution system.

“We say we’re the leader in M2M communications,” McPhail says. “We don’t really have a competitor that does everything we do.”

Memex continues to develop its solution, something Bishop attests too, saying he sees improvements made every six months. He’s also impressed by the customer service department at Memex.

“They are very fast at responding night or day and they stay on it until it’s resolved,” he says.

Memex is also working on a new HTML 5 version of its web-based dashboard, McPhail says. While most manufacturers don’t like to let their data leave the company walls, it still makes sense to deploy Merlin on a private cloud model so when updates are pushed out, it only needs to be done to one central place. The new web client will be more graphically rich.

At Rose Integration, there’s little doubt the new look will be an improvement over the whiteboard photos they used to organize daily. 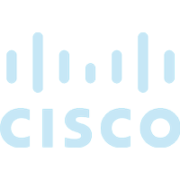 Can Connectivity Be Converted to Competitiveness?