Proactive Investors USA & Canada (November 13, 2013) – Fresh from raising $1.35 million in cash from its recent initial public listing, Astrix Networks Inc. (CVE:OEE), operating as Memex Automation, is eyeing the largest share of a $64 billion slice of the industrial internet market, which is projected by AT&T (NYSE:T) to reach $948 billion by 2020.  The company’s product, MERLIN, gives manufacturers a way to monitor production and capacity utilization in real-time, measured plant-wide as overall equipment effectiveness (OEE), which is a product of three ratios – performance, quality and availability.

The industrial internet, a term coined by General Electric, refers to machine-to-machine and machine-to -man communication (M2M).  An integration of physical machinery, networked sensors and software, M2M connects islands of technology into business intelligence tools, and provides an objective voice of process, converting data into information management that is then used to adjust operations and effect positive change.  Operationally and financially, M2M is forecast to be to be one of the primary engines of economic growth, double digit productivity and bottom line improvements for the next decade.

That is precisely why Memex is going after its $64 billion slice of the M2M market.  It is the first company to market with an M2M solution that can network 16 million disconnected computerized numerically controlled (CNC) machines tools, and all other machines in any factory.

The company’s flagship product, MERLIN (Manufacturing Execution Real-time Lean Information Network),  links management to the factory floor in real-time, allowing them to increase production and free cash flow.  “Our vision is to be the efficiency solution of choice for manufacturing,” says CEO David McPhail in an interview with Proactive Investors.  “We’ve taken 25 years of shop floor technology integration experience and canned it in a M2M packaged solution that runs on MTConnect, an open source royalty free protocol, and other protocols,” he says.

The company is certainly on its way there, snagging Mazak – a leading original equipment manufacturer of machine tools worldwide – as a customer in late August.  Mazak uses MERLIN to monitor its own production in Florence, KY — an 800,000 square foot plant — and has added MERLIN to its price list to enable its customers to monitor plant-wide capacity utilization.   In addition, Microsoft (NASDAQ:MSFT) has chosen MERLIN as its “mid-market Manufacturing Execution System (MES) solution”, to enable its customers to connect their factories to Microsoft’s ERP software, Dynamics AX.

“It measures automatically and accurately how production ran and enables manufacturers to compare actual operational metrics to plan for the first time,” says VP of sales, John Rattray, adding, that the product  “enables [manufacturers] to uncover their hidden plant and reach bonus levels dictated by the executive team’s year-over-year performance targets.”

Memex is led by McPhail and Rattray, who, combined, own 53% of the company.  McPhail bought the company in 2008 after selling his interest in Process Systems Integration Inc., which he grew from $1 million to $5 million in annual revenue in a three year period.  Rattray invested alongside McPhail and two silent partners in 2008.

“Our vision for growth at Memex is global in scope using a packaged product toolkit,” says McPhail. “Rather than doing an one-off expensive custom services installation for each company, we’ve produced a M2M packaged toolkit that applies to all manufacturers.

“The technological breakthrough is that it is an XML-based plug and play hardware and software that does not require programming or setting up PLCs, and leverages enterprise software and new communication protocols.”

Next, the company plans to release MERLIN to measure financial OEE (FOEE), which will define for manufacturers in “real-time-dollar terms” the impact to their income statement from the cost of poor performance. It will also seek to define the additional income from operations generated by each 1% increase in utilization of the existing plant.  “Manufacturers will see in dollars per machine hour how much a bottleneck is costing them and understand to triage $160 per hour problem before the $75 per hour problem,” says McPhail.

“The product is two tools in one,” adds VP of business development, Thomas Smeenk.  “It is a real-time situational analysis tool that defines production from their customers’ point of view: what’s happening on a quality and on-time delivery basis. It’s a Google-like visual reporting engine, trend tool and production report that is accessible company-wide,” Smeenk says.

Today, manufacturing companies often collect data manually, using a second person to complete data entry, with a third person used to massage the information into a report, after which  a team sits down and questions the report’s  usefulness, datedness and subjectivity, only to use it to determine how the team lost the battle a week late.  With MERLIN, this battle is won by understanding production in real-time, providing real, relevant and actionable data from the shop floor, with a reporting engine that compares up to 150 points of production data on any time scale.

Rattray points out that instead of the “big brother” type of management environment — a reference to George Orwell’s novel 1984 — where everyone is under complete surveillance by authorities with “someone always looking over [your] shoulder,” MERLIN turns that concept on its head. “MERLIN enables the operator to pull forward any resource he needs to stay in production in a way that dates and time stamps his request, and tracks the lag time until fulfillment.  That way, he’s the most equipped, empowered, and resourced individual who is incentivized to maximize utilization of the machine.”

With tens of billions invested by manufacturers in 20th Century plants and equipment, the company says MERLIN can transform that investment into a 21st Century-connected plant for a fraction of the cost, creating +21% or more income from operations.

“A 1% improvement in plant-wide capacity can increase income up to 6%; a 10% improvement in capacity of a 100 machine-tool plant is like uncovering 10 new machine tools without having to invest $4 million in capital, or hire or train three new operators, or work any overtime.”

Memex’s revenue for the year that ended September 30 was just under $1 million and the company is projecting about 50% growth year-over-year.  Priced at US$4,000 to $5,000 per machine installed, typically annual maintenance generates annuity revenue of US$300 – US$400 per machine.  While not consistently generating consulting revenue, services revenue is expected to develop as manufacturers come to understand the return on investment — another $10,000 to $50,000 per site is projected.

The company, whose shareholder base includes 300+ investors from across North America,  has the support of  prolific inventor, Richard E. Morley, an engineering consultant best known as the father of the programmable logic controller (PLC). Holder of more than 30 U.S. and foreign patents, Morley has financed the start-up of 100 high-tech companies in the New England area.

The business-savvy of Memex is also evident in its accolades, with MERLIN recently granted the 2013 North American Machine Monitoring Technology Innovation Leadership Award by Frost & Sullivan.

The company, which says MERLIN is priced at one quarter of rival tier 1 offerings and can be used with any kind of machine, has installed the product on more than 600 machine tools.

Memex got its start in 1992, when it was focused on selling components to the same manufacturing sector, with MERLIN brought to market in 2009. “We’re fortunate in that we’ve got an established name in the sector,” says McPhail.  “With MERLIN, our customers solve the manufacturing productivity gap we read about almost daily.” 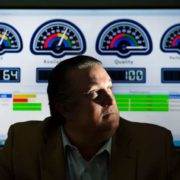 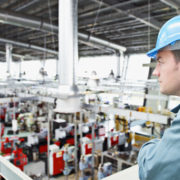